In the recent years, beekeeping in most of the world, particularly the United States and Europe has almost faced extinction as a result of a deadly virus transmitted by varroa mites. In fact, the number of colonies lost in these regions was so devastating that almost 80 to 90 per cent have gone. What this does is create a ripple effect in the honey industry and the entire economy relying on beekeeping. But this does not mean honeybees will become extinct. While the deadly virus has yet made its way to Australia, it’s not if, but when it hits. Now, the question is how well prepared are we to handle the problem?

According to Professor Stephen Martin, chair of animal ecology at Salford University in the United Kingdom, this is something that Australia should be ready for. He notes that one of Australian pests, the varroa mite are not the problem but the virus. As a matter of fact, bees and termites can live together without a problem, but the virus uses the mites as the vector to get into the bees. But the good news for beekeepers is that bees have shown the ability to evolve through natural selection to survive the threat from these mites. “Although the process of evolution is slow, it gives hope and renewed interest that honey bees will survive this virus,” he said.

But Australia has an opportunity to learn from others about how to mitigate the damages to the honey industry. We can educate Australian beekeepers on what to look for, the sort of set-ups that work, what treatment you need to keep your honey bees safe. “All we need is to enhance the process of evolution so as to keep the beekeeping industry safe and vibrant” Dr Martin said.

Will Australia Be Immune From The Mite? 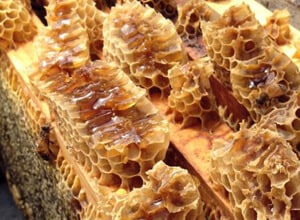 The answer is NO. Dr Martin warned the devastating Varroa mite would get into Australia and cause severe damage to the country’s honey bee industry and native bee populations. In fact, he warned that it’s a matter of when, not if, the destructive termite established itself in the country’s honeybee colonies. “ It’s a testament to your biosecurity service that it’s not here yet, but we live in a global community, and it’s just a matter of time,” he said. “It will just come in accidentally in a shipping container or on a passenger. You’re lucky so far, but eventually, it’ll arrive.” He added.

Although Dr Martin warned of the mite invasion, he was quick to point out that it’s not what people tend to think. “It’s not the complete devastation some think it might be,” he said. Even in the hardest hit regions, honey bees still survived the virus.

What’s The Future of Honey Industry?

According to Dr Martin, there is a likelihood of losing up to 80 to 90 per cent of colonies in the initial stages. This will definitely affect commercial beekeepers and also hobby bee keepers in a big way. Apart from that, it will also affect free pollination mostly associated with the honeybees. 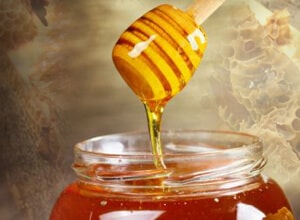 But he also mentioned that the impact on bees is subtle since it usually takes a couple of years before the colonies start to die. At that time, the varroa mite will have established itself around the country. This is why it’s a little bit tricky to control the virus from the start.

But with the evidence of bees evolving to survive the varroa mite virus, we might not need to worry in the future. Dr Martin noted that almost every single bee in Europe and America has the virus and resistance to the virus is evident. This evolution is expected to restore the number of lost bees and in the long term restore the honey industry.