What to Do If You Encounter a Snake on Your Property

Most of the snakes the human beings encounter are non-venomous and harmless. It is therefore important to understand that snakes are not as aggressive as most people believe. In addition to that, snakes don’t move around hunting or chasing people. Such beliefs can lead to rushed encounters with a snake, which might be unsafe for you and the snake. In fact, when you come across a snake, you should remain calm without trying to scare or intimidate it. 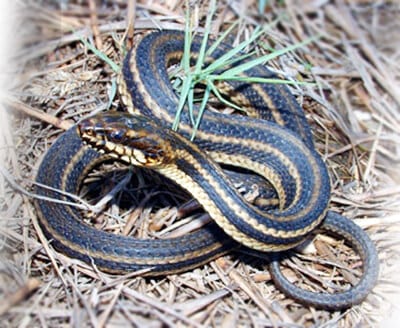 When you spot a snake, keep children and pets away, as you try to determine whether the snake is non-venomous or venomous. You should be doing this from a safe distance. Keep in mind that most snakes try to escape to the nearest cover when they encounter human beings. Therefore, don’t try to block its path to the bush or any other cover.

When snakes are startled, most tend to flatten their heads and then puff up the neck region, making them appear more intimidating. Snakes also act defensive and might even strike, when they feel cornered. The safest thing to do is to give it space. Striking and releasing a smelly musk are its two main weapons of defense, since it doesn’t have claws.

When threatened, most non-venomous snakes rattle their snakes, making them sound like a rattlesnake especially on dry leaves. Once you determine that the snake is non-venomous, just let it leave peacefully if it is not encroaching on your space. If you feel that you must send it away, just spray it gently with water, while keeping a safe distance. If the snake is venomous, take a digital photograph, and then contact a professional. Never attempt to handle a venomous snake on your own. 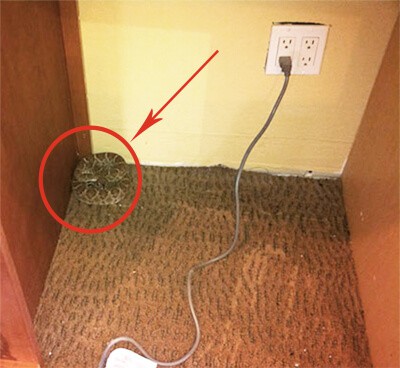 If you encounter a snake indoors, you first need to determine whether it is venomous or non-venomous. Do this from a safe distance while keeping children and pets away. Most snakes found inside residences are usually non-venomous. Therefore, they can be easily removed, with the help of an outdoor trashcan, or wastebasket using a broom. Once you have swept it inside, hold the trashcan upright, making sure that you keep your hands off the opening and replace the lid. After that, transport the trashcan to a nearby bush and release it to its natural habitat.

If for any reason you cannot be able to use this technique, you can use various commercial snake traps, which you can set along the walls to catch it. Check these traps every day, to ensure that trapped snakes don’t die inside due to lack of food and moisture and start smelling. If you capture a venomous snake using a glue trap, just leave it alone and contact a professional snake catcher in your area.

Most snakes are not a threat to human beings and animals. Some larger venomous species might cause a few problems around poultry houses, like eating chicks or eggs. However, most people have a deep-seated fear that snakes are dangerous, and they should be killed on site. The best way to remove a snake on your property is to call a professional, who knows how to deal with the reptile, without exposing himself as well as the occupants of the property to snake bites.