Outbreak of Itchy Caterpillars In SEQ Has Left Locals Concerned

Caterpillars are common in south-east Queensland, but the recent outbreak of itchy types has left locals concerned. The caterpillars, which are larger-than-usual, have been found on the Gold Coast and parts of Brisbane. The locals also describe it as hairy and moving in long tail-to-head processions. What concerns the locals is the number of the huge caterpillars and their itchy effect when they come into contact with human skin. In fact, most people fear for their children who are likely to be the victims as they innocently play around with the insects.

The insects, also called ‘itchy grubs’, are the caterpillars of the bag-shelter moth, Orchragaster lunifer. These are common Australian insects, not exotic as most locals tend to think. According to Myron Zalucki, a Queensland professor from the School of Biology and Science, the insects have eaten their fill of acacia trees and are just in search of a place to pupate. That’s the reason why they are encroaching on home gardens and local farms.

Although most people think that it’s an unusual phenomenon, entomologists say that its quite common, and it’s only that the population is a little higher than usual. “This time the number is significant, something that has not been experienced for years,” Mr Zalucki said. “It’s simply an outbreak. These processions happen every year but it’s only when you get a lot of them that people tend to get concerned” he added. But he could not get a clear reason behind the outbreak, although he mentioned the right environmental conditions as the primary cause. “Rainfall, the growth of host plants and suitable temperature could be the reason behind the explosion,” he said.

He explains they are social creatures and each procession is probably a family group. “They stick together (head-to-tail) as a group, and they stay together,” Professor Zalucki said. That’s why they are seen in long processions, and sometimes it can be ‘very long’.

Sting in the Tail 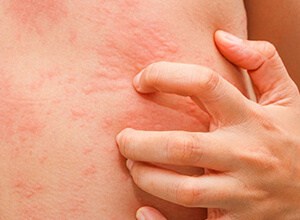 According to professor Zalucki, the caterpillars’ long hairs are mostly harmless. But a small number of them can cause a problem to hapless humans and predators. If you look at the abdomen, you will see very dark patches on the back. Professor Zalucki said they are chock-a-block full of tiny little hairs that can stick on the skin or the mouth of anything that would attempt to eat them. The hairs work as a defence mechanism for the processions to survive this tough stage of development. Apart from an itchy rash or allergic reaction, they are not dangerous.

Queensland Museum observed that children are most prone to allergic reactions or an itchy rash from the caterpillars. Kids are known to join the processions’ head to the tail and watch the caterpillars going around in a circle.

What Does The Outbreak Mean?

Entomologists believe that the outbreak means more moths later this year as they pupate. This should be a great concern to the authorities, especially in the agricultural sector. Professor Zalucki says that the moths might end up destroying crops later in the year. But he also said parasitic flies, spiders and tachinids could help reduce the numbers of caterpillars. He said the caterpillars will emerge as moths after October this year (2017).