Do You Know That Good Insects And Spiders Can Help Control Bad Bugs Around Your Home?

Well, this is a fact that many would try to argue out. In fact, when you mention insects and spiders, to most people sounds like a nightmare, but scientists think otherwise. Instead of eradicating the bugs in and outside our homes, scientists believe that we can make great housemates with most of them. As a matter of factor, experts believe that we can have a natural way of controlling the bugs’ population by selecting certain bugs. Well, this might sound like a nightmare, but it has been proven scientifically with various studies and research. By selecting the right types of insects and spiders, you can control some bugs on your property.

The Good Spiders and Insects Can Do

According to Sarah Bonney, a PhD candidate at Charles Darwin University, people just give insects a bad rap. Ms Bonney, who is also an organiser of the Darwin Insect Festival, says that they play a huge in our world. “Without most of these insects, we wouldn’t have a lot of food since they keep the soil healthy,” she added. She strongly believes that most of these insects are not actually as bad as most of us would think. According to Ms Bonney and Dr Lizzy Lowe, Macquarie University researcher, the first step is to understand which bugs are the best to have around. Here are some of the good insects that the two have recommended, and the reasons why: 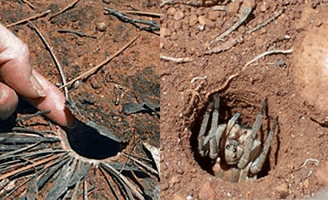 Although these are some of the most feared insects, not all of them are bad. Actually, very few species of spiders in Australia are harmful to humans. According to Dr Lowe, there are basically two spiders in Australia that you should avoid – the funnel web and the redback. These two types are very aggressive, and their venom is dangerous to humans.  Because of the vast variety of species that can live both outsides and inside of our homes, spiders can also be extremely effective in controlling insect populations. In fact, spiders prey on insects, and that is the reason why they are effective in controlling the population of bugs in your home.

According to Dr Lowe, spiders are probably the best to have around, but every other type has a benefit to us. “They eat pests while controlling other types of spiders. So the more different types of spiders that you have around you, the better it is for your house’s ecosystem. With a greater variety of spider species, you will have fewer cockroaches, mites and other small critters crawling around, and this will have a direct impact on your financial pressure. 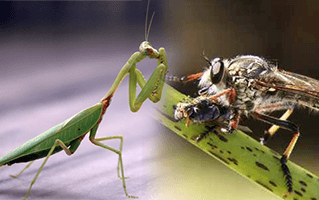 This is another type of insect that you need to have around your home. According to Ms Bonney, insects that eat other insects will help in eradicating bugs instead of using pesticides. This is simply letting nature take its course. There are many carnivorous insects all over Australia. These insects help in controlling the population of other bugs and are great for pest species chewing plants in your garden. One of the best examples of such insects is the praying mantis. These are honed predators that prey on beetles, bugs, flies and all sorts of pests/insects eating your plants.

The only problem is that they may end up eating even the good bugs, but it’s a form of biocontrol that works great. It’s also environmentally friendly unlike the use of the pesticide.

Having swarms of flies inside your home could be an indication of an unhygienic environment. But having them buzz in the garden and around our home has a major role especially in keeping the place clean. “These insects are best known as pooper-scoopers,” Ms Bonney said. According to her, flies breakdown a lot of the poo and detritus left around our homes and all these nutrients are released back to the environment. According to Dr Lowe, flies also play a crucial role in the ecosystem, particularly in the food web. “They are a source of food for a lot of other insects such as spiders,” she said.

These are only three types of bugs that are good to keep around your home, according to Ms Bonney and Dr Lowe. There are a couple more types that you can choose depending on which one is available in your region.