The Russian Wheat Aphid has the industry concerned. The pest has been associated with massive loss in cereal crops in the region where it’s established. The dreadful pest mostly destroys wheat and barley, but attacks other cereal crops too. It mostly causes discolouration and distortion of the plant. The pest was first found in South Australia in May 2016 but has since spread to other cereal cropping regions such as Victoria, parts of southern NSW, and most recently northern Tasmani. What has experts worried is the rate at which the pest is multiplying and spreading in Australia. Over the last year, the pest has spread across most of the South Australia. That’s why experts are calling for a multi-pronged attack to suppress the population or eradicate the pest.

How to Deal with Russian Wheat Aphid

According to Professor Frank Peairs, an Entomologist from Colorado State University in the United States who has spent years looking at the biology and management of the pest, some areas have experienced loss of about 50 per cent of wheat and up to 80 to 90 per cent in barley crops. That’s how destructive the pest can be to the country’s grain reserves. If not adequately controlled, the pest can cause a severe cereal shortage, particularly the wheat and barley cereals.

Apart from grain loss, Dr Peairs also mentioned the economic losses that the pest brings to affected regions. “The actual grain loss is just a part of the issue, and the other part is the insecticide expenditure,” he said. “In Colorado alone, the combined costs and losses in the last 15 years would have been well over $US200 million,” he added. That’s how the pest can affect the economy of the infested regions, and it can be worse if it’s allowed to establish beyond control. 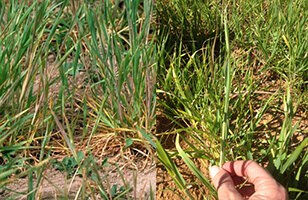 According to Dr Peairs, Russian wheat aphid success is enhanced by three things – first is the availability of non-cultivated grasses, secondly is over wintering temperatures and finally is biological control. The biological factor is the most recent to be observed by the scientist and has become an essential aspect of controlling the pest. Dr Peairs says that controlling other cereal aphids that have adapted to the Russian wheat aphid and the pest will reduce by 70 to 80 per cent which is as good as an insecticide. He also found the method more effective, environmentally friendly and less costly to the cereal farmers.

DR Maarten Van Helden, a French scientist assisting the South Research and Development Institute (SARDI), has been working to understand the exact Russian wheat aphid biotype that exists in Australia. He is also involved in figuring out the species of plant that can be used to counter or combat the pest. “There are different types of plants that are being used to fight against this pest in other parts of the world. What we are doing is collecting varieties of barley and wheat that have resistant genes.” Dr Van Helden said. He said that they are zeroing in on the varieties that are resistant to the type of aphid that is here in Australia. 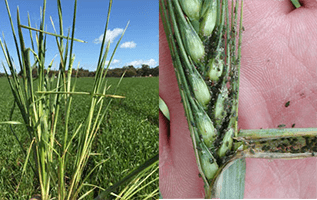 The good news to farmers, and the entire industry, is that the aphid type in Australia is not one of the aggressive types according to Dr Van Helden. What the farmers need to look out for is the seasonal changes and their impact on the pest. With the coming of a wet summer, it will provide perfect conditions for the pest to breed and to survive through the sowing into autumn. But according to Dr Van Helden, nature has a way of controlling this pest.  For instance, he notes that the population of aphids in autumn and beginning of winter was eradicated by rains, while the fungi that came in wiped out the last few. But this doesn’t mean that the pest is completely eradicated.

According to Greg Baker, a SARDI Principal Entomologist, scientists are still struggling with questions about how the aphid would behave in a drier season. This is one of the key questions that needs to be answered to understand the aphid better. ”Because of the varying weather last year, we were unable to study the pest’s behaviour in dry seasons,” Mr Baker said. But they all agree on the need to have the pest tackled by all means. If farmers are not provided with accurate information on how to control Russian wheat aphid, the impact on the economy will definitely be devastating.