When the video of a Brisbane teenager torturing a possum surfaced, it was quite disturbing not only to possum lovers but also to animal rights groups. Everyone was happy that justice would be served and the kid would be charged with animal cruelty. It was a shock to many when he was slapped with only 12 months’ probation after he pleaded guilty to animal cruelty.

From a video posted on SnapChat, Hunter Lawrence Jonasen and his friend were filmed on Christmas Day 2015 driving over a possum in south Brisbane. 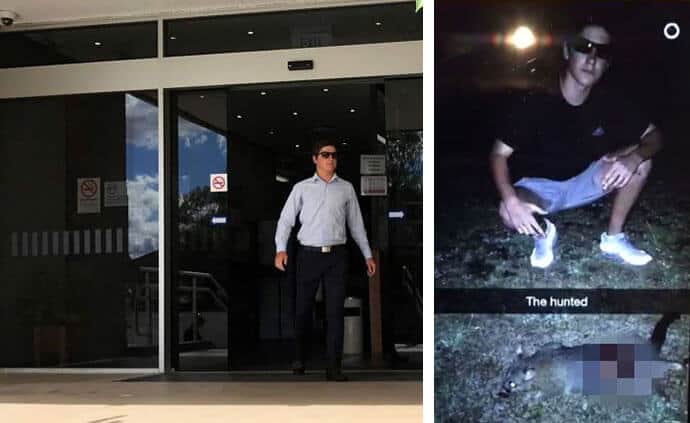 Jonasen, 18, was lucky again to avoid jail despite breaching his probation. He was for the second time before the Holland Park Magistrate Court for re-sentence on the animal cruelty charges after he pleaded guilty of committing an assault while on probation.

The prosecutor told the court that Jonasen pleaded guilty in January in the Brisbane Magistrate Court for getting into a fight and punching a man in the face outside a nightclub. The assault offence happened while he was on probation for the previous animal cruelty charges thus he had breached his probation.

He is a danger to the community

For the assault offence, he was given a 12 months’ probation. But the magistrate Sherlock Cornack in her wisdom told the court: “He is a danger to the community…he seriously has a problem.” 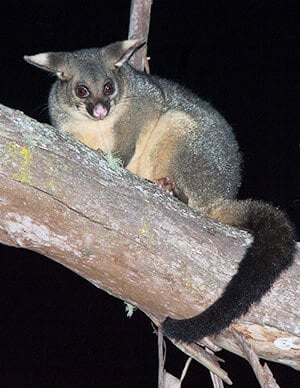 “He’s had opportunities other young people haven’t,” she added. In her ruling, Cornack ordered a conviction be recorded and for Jonasen to be placed on a further 2 years’ probation.

In the ruling, the 18-year-old, who just completed a four-year plumbing apprenticeship, was also banned from owning or possessing a pet for the entire duration of the probation. This was arrived at in consideration pets might be subjected to similar cruelty as he has shown the possums.

To make sure that more animals do not suffer in his hands, Jonasen was also prohibited from trapping or interfering with native wildlife. He was also ordered by the court to undertake medical and psychological assessments. The court was convinced that seeing a psychiatrist would be for his good, particular if he intended to contest his probation into the future.

According to RSPCA spokeswoman Tracey Jackson, the magistrate was right to record a conviction and mostly for placing pet ownership restrictions on Jonasen. “That would serve as a lesson to him and as a deterrent to anyone mistreating animals both the domestic animals and wildlife,” she said.

She was happy that the court vindicated them. For the animal welfare group that just want to protect animals, the fact that the probation was extended and the accused slapped with pet restriction was not punishment enough.