Breeding bee species has for the longest time been associated with quality of colonies and the honey produced. But some of the species may produce the opposite of the expected result. In 2014, a rare occurrence was recorded by an entomologist where Australia’s European honey bees were found to be breeding with the destructive Asian honey bees.

Why They Shouldn’t Breed

The Entomologist found sperm of the Asian honey bee that carries the deadly Varroa mite in one-third of the commercial queens tested in the Cairns region of the Far North Queensland. This sperm makes the European bee’s eggs unviable. This breeding was found to reduce the amount and quality of honey that beekeepers produce.  The poor breed was also found to affect pollination services thus affecting various part of the economy and also the food security of the country. Up to date, the problem still exists. If this breeding is not controlled, the concern is that it may disrupt the entire industry and a ripple effect will be felt by the entire industry. 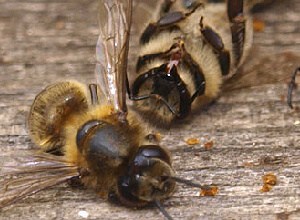 Apart from that, the new breed is known for its short lifespan. This simply means that the amount of the honey that each honey bee makes in their lifetime is less compared to Australia’s European honey bees. Entomologists also warn that the Varroa mite spreads a dangerous viruses that could eradicate the population of honey bees by 80 to 90 per cent.  If the breeding is not controlled, the virus may be transmitted into Australia’s European honeybees, and the impact on the industry will be devastating. Although the Varroa mite is yet to establish itself in Australia, other regions such as the United States and Europe have seen their bee colonies reduced by almost 90% by this virus.

According to Michael Hornitzky, from the Honey Bee and Pollination Program advice committee, it’s about 10 years since the Asian honeybee was first detected in Cairns. From that time, plans to eradicate the species have been put in place. At first, it wasn’t such a big risk to the industry, but the unnatural mating is what raised concern. Entomologist believes that it could damage honey and pollination capacity. “As the Asian honey bee becomes more established, the inter-specific mating will increase, and the result will be fewer worker bees,” Mr Hornitzky said. “With continued inter-specific mating, we may lose the most productive species of our bees,” he added.

Since the discovery of this unnatural mating, there have been numerous attempts to eradicate the population of Asian honey bees. As of today, the number of these destructive honey bees has been controlled, but the breeding continues, though not at an alarming rate. According to Maurie Damon, a Cairns beekeeper whose bees were involved in the research, the concern is there but not critical. He confirmed that he hadn’t noticed any major impact on his productions.  He mentioned that the queen is still productive enough and the reject eggs become a food source for the rest. However, he confirmed that the queen is less productive that she should be, but it hasn’t affected his product.

Mr Damon also confirmed that bee population has reduced, but it’s difficult to tell by how much. He also mentioned that workers bees immediately identify the hybrid eggs and eat them as a protein source, thus reducing the severity of the situation. But on another twist, entomologists confirmed that the mating does not work the other way. The Asian honeybee will die if they mate with the Australia’s European honey bee drones.

How Beekeepers Can Deal With This Problem 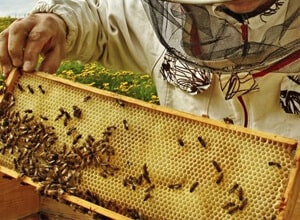 This is not only a problem for beekeepers but also the industry at large. Keeping the Asian honey bee away from other colonies is practically impossible, but you can use techniques that will maintain the quality and quantity of your colonies. Fetching queens from further afield would be one of the best ways to maintain their production and a robust genetic pool. Having the bees tested for the inter-specific mating would also help to identify the problem before it’s too late.

This problem will be a concern to the industry as long as Asian honeybee remains established in Australia. What the industry may need to do to deal with inter-species mating is setting up control areas or biosecurity zones to control the movement of bees. Otherwise, the industry will always be under threat.